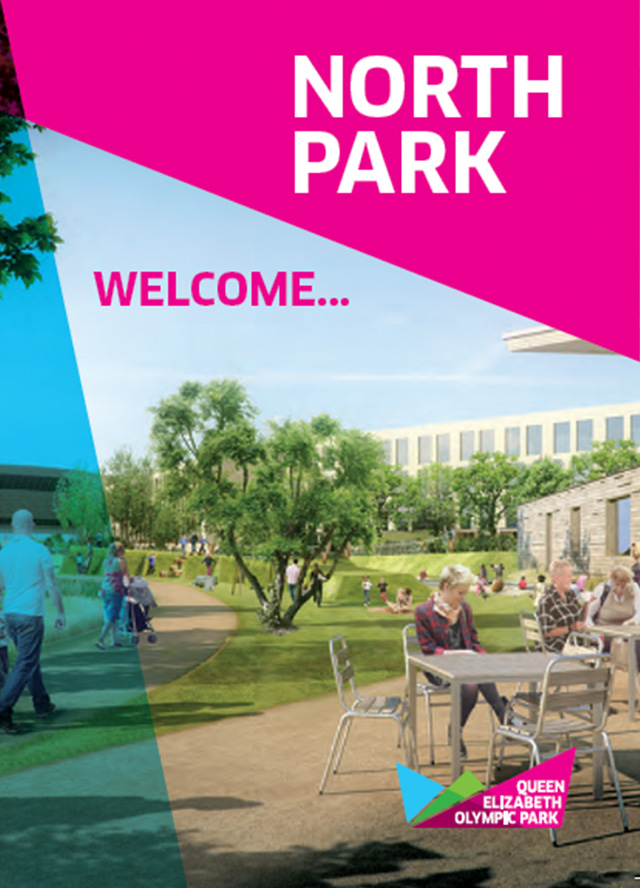 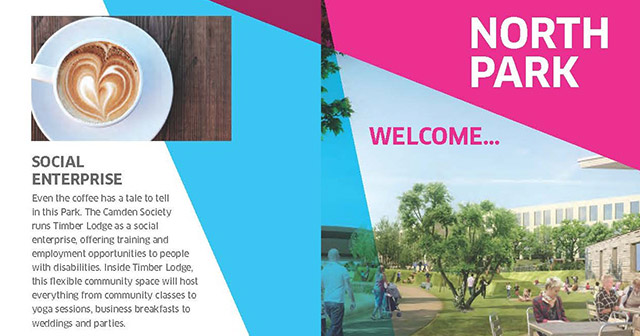 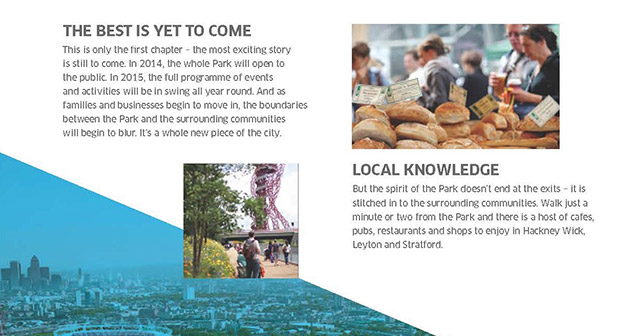 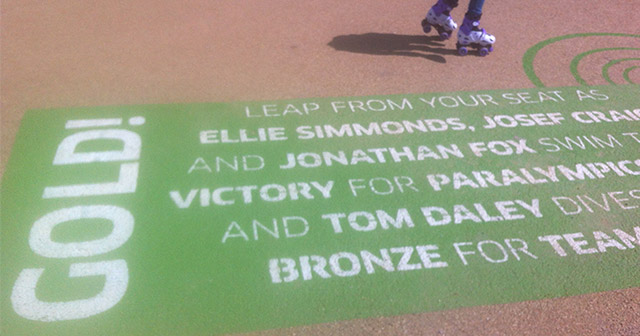 Sometimes, you work hard on a piece of copy and then people walk all over it.

Thankfully, that was the idea when I worked on the London 2012 trail around the Queen Elizabeth Olympic Park. Visitors could relive the adrenalin of the London 2012 Olympic and Paralympic Games, following a guided trail around in the park in the footsteps of the world’s greatest athletes.

I worked on the copy for the interactive stations around the park and the accompanying London 2012 trail guide.

I also worked with Premm Design on copy for an advertising campaign, hoardings, other leaflets and noticeboards.

Just checking you’re ok with cookies? This website uses them to keep things running smoothly. If not, you can change them in your browser settings. Thanks.I’m fine with cookies